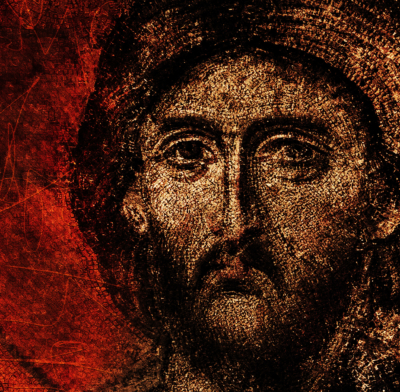 What is the Jesus On Trial Conference?

Jesus On Trial is a conference that was founded in 2016 in Sacramento, CA.

This year, the conference will be online and virtual…which means that anyone, anywhere can register!

Everyone is invited – skeptics and believers, theists and atheists, Christians and non-Christians – to explore the reasons to believe that Jesus rose from the dead and examine the firm foundation of the Christian faith.

The conference will feature the world’s top New Testament scholars and Christian apologists making the case that we have good reasons to believe that Jesus rose from the dead and that the Christian faith has a firm foundation. The resurrection is the single most important event in human history. The Apostle Paul said that if Jesus did not rise from the dead, the Christian faith is useless. If he did, however, then Christianity is true. Period.

In addition to live presentations and Q&A sessions, there will be games, scavenger hunts, quizzes, discussion boards, and more! And, every session will be recorded and available to watch on-demand through the end of October!

See Screenshots of the Jesus On Trial App Below!

The Origin of Jesus On Trial – Oleg Kostyuk’s Story

Originally from the Soviet Union, Oleg Kostyuk and his wife could not freely worship God. In the Soviet Union, the government officially pushed an ideology of atheism. As part of the school curriculum, Oleg’s teachers taught that God did not exist, that the Bible contained nothing more than myths and fairytales, and that Christians had no brains. His peers bullied, harassed, and tormented both him and other children that went to church.

Although Kostyuk and his wife were persecuted for their beliefs, they kept the faith.

Oleg and his wife, Karina, moved to America in the early 90’s to give their family the opportunity to freely and openly worship God. One day, one of their sons came home and began asking difficult questions regarding the Bible. When Kostyuk questioned his son as to where these questions came from, he said that one of his friends left Christianity to become an atheist. Kostyuk was dismayed, feeling that the very thing he and his wife had fled from in the Soviet Union had followed them to the United States.

To help their son address those tough questions, they began to do some research on the Internet and discovered Christian apologetics. They found that many Christian scholars and professors willingly travel to speak to young people and answer their difficult questions surrounding Christianity. The whole family traveled to the next available apologetics conference to experience it for themselves. The Kostyuks enjoyed it so much that they chose to host an apologetics conference in Sacramento in 2016, and the Jesus On Trial Conference was born!

What is Jesus On Trial?

Jesus On Trial is a virtual apologetics conference focused on the evidence for the resurrection of Jesus and the reliability of the New Testament.

What is a virtual conference?

A virtual conference is an online conference where attendees connect with speakers, engage the material, listen to presentations, interact with other attendees, network,  make comments, and ask questions all from the comfort of their own homes.

Who will be speaking at the event?

When will the event be held?

Where will the event be held?

The event will held virtually via the Jesus On Trial conference platform.

Why is this event important?

Because if Jesus didn’t rise from the dead, then Christianity is pointless. The resurrection can either affirm or disprove the Christian faith. That’s why both believers and non-believers must examine the evidence. Jesus On Trial presents a great opportunity to do that.

Will the event be live-streamed?

The event will be live-streamed via the Jesus On Trial conference platform for paid attendees. Live sessions will go from October 3rd – 10th. Recordings of live sessions will be available to view on demand for registered attendees through the end of October.

How much are tickets?

Early access tickets are discounted tickets that allows users early access to the event app and exclusive access to content from previous conferences for no extra charge. It’s a limited time offer that will expire on September 21st.

Can I purchase multiple tickets?

We’ve intentionally priced tickets low to encourage you to purchase multiple tickets for your friends and family. At checkout, we’ll ask for your personal contact information, and leading up to the conference, we’ll collect the email addresses for your additional tickets.

What is included in my ticket?

Each ticket buys a login and password for one person to access the Jesus On Trial event platform and the dedicated event app. Both the web platform and the app will host special features including discussion boards, social walls, scavenger hunts, prizes, trivia, and much more.

Do you offer refunds?

We do not. You may not cancel, sell, or transfer your ticket.

What types of payment do you accept?

We accept all major credit and debit cards. We also process payments through PayPal.

Is there a way for me to get updates as the event gets closer?

We will provide regular updates and communication for all our attendees. You won’t miss a single thing! Sign up for updates on the front page here.

Yes. We have a targeted event app that will host our virtual event platform. You should also download the Zoom application. We will use it for live streams.

Jesus On Trial will have live sessions will all of our speakers from October 3rd – 10th. Each session will include an opportunity for live Q&A, comments, chatting, and interaction with other attendees and the presenters. All sessions will be available for on-demand replay to ticket holders through the month of October.

Will the event be live-streamed?

The event will be live-streamed via the Jesus On Trial conference platform for paid attendees. Live sessions will go from October 3rd – 10th. Recordings of live sessions will be available to view through the end of October.

When are the live sessions?

Take a look at our schedule.

What is the value of a virtual conference?

A virtual conference allows for more Q&A opportunities, more live interaction with speakers, and on-demand replays of each session.

I want my family to watch. Does everyone need to get a ticket?

Yes. We’ve intentionally priced tickets low to encourage you to purchase multiple tickets. One ticket buys an account for one person to access the event platform.

What’s included in the virtual conference?

You will access the conference via the Jesus On Trial conference platform hosted on the web and on our app. We will send detailed instructions after you register.

Why pivot to a virtual?

Due to uncertainty regarding COVID, we’ve decided to switch to a virtual format. However, a virtual format allows anyone in the world to access the conference and interact with speakers, presenters, and other attendees. We’re very excited about making Jesus On Trial available to the whole world and spreading the message that we have good reasons to believe that Jesus rose from the dead!